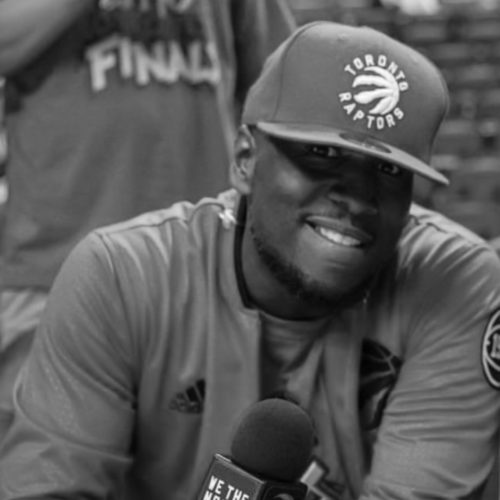 In the early 90s, Strong joined the cornerstone of the urban talent pool in Toronto, Fresh Arts, an organization that helped build the foundation of such talent like Kardinal Offishall, Saukrates, July Black and video director Little X. His writing skills and connection with those around him helped him branch out into acting, writing and producing theater plays, which strengthened his grounding in communities across the GTA. By 2001, Strong moved to commercial radio and became the lead on-air personality and producer of The Morning Rush; a position he held for a 4 years. He then transitioned to television as host of NBAXL until 2013, where he interviewed players across the country from a basketball culture perspective. For the last 17 years he has been the live voice of The Juno Awards, Canada’s premiere music awards program. In addition to lending his voice to national award shows, he has also voiced Canada’s Walk of Fame and the Canadian Screen Actors Awards. Mark is currently the host of the Morning Show on G98.7, and in-stadium host for the NBA’s Toronto Raptors.

I was like any one of the millons of Raptors fans who believed in the unbelievable. Did I always think it was possible? No. But once that possibility became a reality, it all made sense.

From a fan in the stands, to making you stand across the land. We might not know the recipe to success, but for a moment in time we all got a chance to see what it tasted like.

Let me take you down the championship road. This time, from the Raptors logo at centre court.